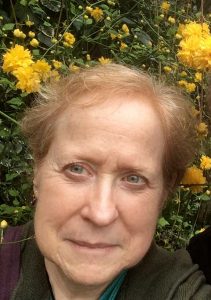 WELL THIS IS AWKWARD. I’d be happy to tell you all kinds of things about myself if we were having a conversation. For example, if we met at a gathering or an event, I might tell you that I attended a number of colleges and universities—Goddard College, the University of Pennsylvania, the University of Montana, and the University of Massachusetts at Amherst. If you poke around on my site you’ll see that I’ve published short stories and essays in a variety of journals and sites. I write semi-regularly for a wonderful site called Literary Ladies Guide. I’ve received grants and awards from the Massachusetts Cultural Council and Glitter Train; I’ve received residencies and fellowships from a number of artists’ colonies, including the Millay Colony, Vermont Studio Center, and Yaddo.

If it seemed relevant I might mention that I went to summer school at the Johann von Goethe Universität in Frankfurt, Germany, one year. And that might cause me to mention that I grew up in France until I was five, and in Germany until I was fourteen, because my dad was in the U.S. Army. And that could lead to a bunch of other topics. Like my mother once complaining that she had fifty-two addresses for me in her address book (I’ve settled down a lot since then) or that I’ve probably had something like thirty jobs in my life, some of which were pretty strange, and at least one of which was technically illegal (selling flowers from a cart in New York City without some kind of permit—I got a lot of traffic tickets for that one).

Or I might mention that I met my husband, Bob, when I moved into a collective household in an intentional community devoted to training people in nonviolent direct action. Or that I’m a writer (but you knew that from the website). Or that I have a wonderful son who is married to a wonderful woman. Or that I don’t particularly like dogs, but I love to travel. And I’m vegetarian—well, pescatarian, really, but not everyone knows what that means. Or that I’m a Quaker, but not everyone knows what that means, either.

There’s plenty more I could say. (Isn’t there always?) But I’d like to know more about you so I’d know what aspect of my life might be of interest to you. Maybe we love the same books? (Here are some of mine: Euphoria by Lily King, Transcription by Kate Atkinson, Song of Solomon by Toni Morrison, Her First American by Lore Segal, and Bel Canto by Ann Patchett,) Or maybe we like some of the same movies—for me that might be Little Big Man, Europa Europa, and Everything is Illuminated. But I’ll bet you could tell me about lots of other things I haven’t thought of or heard of that might make me say, oh yes, that too!